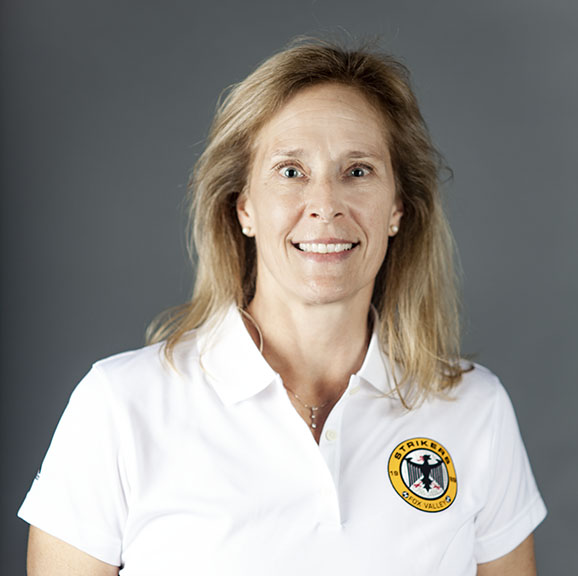 Personal: Coach Amy grew up in Rochester, NY and received a BA in Psychology from Bates College (ME) in 1989.  While there she was a three sport athlete (Soccer 4 years, Basketball 3 years, Lacrosse 4 years).  In 1992, she received a Master of Arts degree in Sport Management from Ball State University while coaching soccer and lacrosse at Earlham College (IN).  She moved to Chicago and worked at the Mid-Continent Conference as a marketing intern.  After missing being outside in the Fall, she started the women’s soccer program at Loyola University-Chicago.  In 1995, she moved to SLC and started the University of Utah Women’s Soccer team receiving the Conference Coach of the Year award twice. When she moved back to the Chicago area in 2003, she received a Master’s degree in School Counseling from Lewis University in 2005.  She began working as a School Counselor at West Aurora High School in 2005.  She is married to Jim Winslow, a Striker’s coach, and they have two sons.  Both Joshua and Cooper play for Strikers.