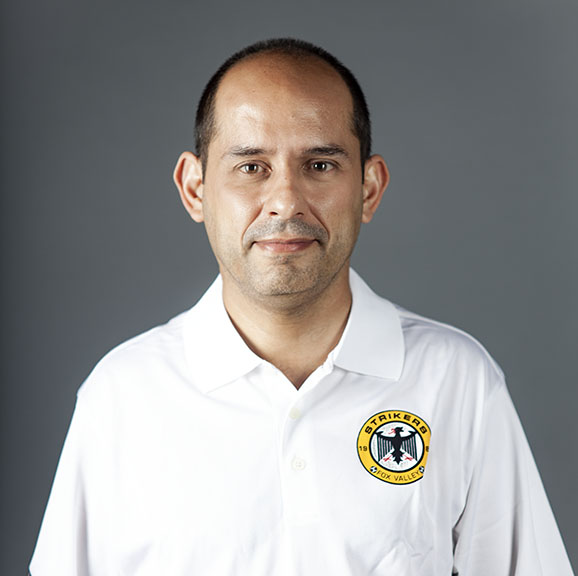 Coach Marcus Lauria has been coaching young athletes since 1999 and has dedicated his time to developing players from early ages until college level. He spent many years coaching and directing park district programs and helping young children to succeed in the game of soccer. Working in the park district scenario, Marcus had a chance to plan, organize and effectively run soccer programs in many different towns in suburban Chicago, including St. Charles, Batavia, Geneva, Aurora, South Elgin, Bartlett, Winfield, Carol Stream, Elgin, and most recently, in Naperville. Marcus specializes in guiding players to enjoy the game and building a strong foundation for success while players are being challenged to learn the game of soccer in a safe and structured environment. At the club, he has dedicated most of his time developing the U11-U12 Boys age groups, and playing competitive levels in the Northern Illinois Soccer League.

Marcus was born in Goiania, Brazil. He played professionally for Vila Nova F.C. in Goiania, Goiás before being recruited to play in the U.S. for Judson University in Elgin, IL.  In 2013, he was inducted into Judson’s Hall of Fame with a scoring tally of 49 goals and 68 assists in the 1998-2001 season. He was CCAC All-Conference, NCCAA All-Region, and NCCAA All-American with 166 career points. Marcus played for the Rockford Raptors PDL League in 99-00 and for the Chicago Fire Reserves.