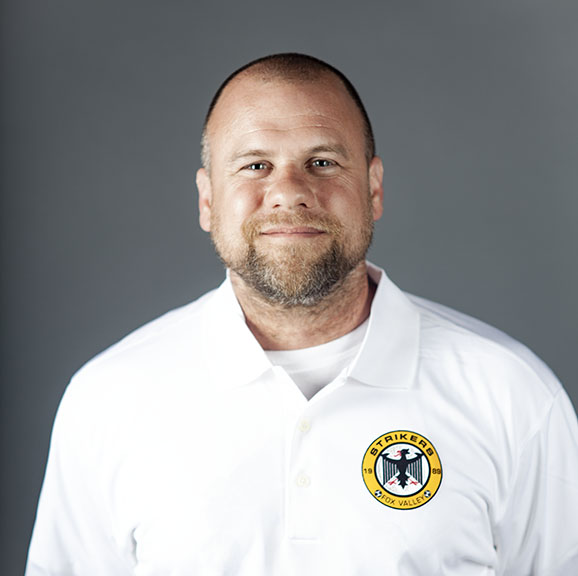 Coach Matt Polovin heads up the U15 to U18 boys and girls teams at Strikers Fox Valley. In 2012, he took the U19 boys to the 2012 IYSA State Cup championships, which they won.  Matt is also currently the boys and girls varsity head coach at Streamwood High School, a position he has held since 2000.  In addition, he is a volunteer at TCSA for their little kickers program, has coached Campton United summer camps, and led Crystal Lake Central High School’s summer camps program from 2006 to 2010.

Matt graduated from Fremd High School and later went on to complete his education at Harper College, Illinois State University and Aurora University. Matt lives in the area and has two children, Matthew and Lauren.